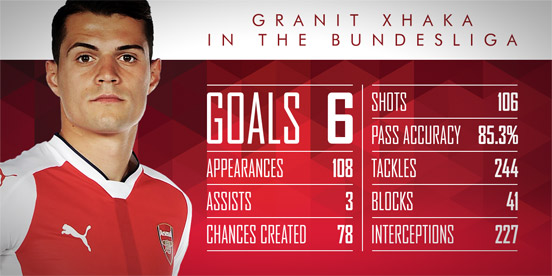 Granit Xhaka has joined Arsenal from Borussia Monchengladbach for a fee of £30m with possible add-ons in the future up to £35m.

After joining, Xhaka told the clubs official website: “I’m very proud to be joining Arsenal. I cannot wait to move to London, represent this special club and play in the Premier League. I will give everything to help Arsenal win trophies and make the fans happy.”